On the 26th of March, around 80 students from the Marketing and SCM Master at WU came together via Zoom for the Virtual Business Workshops. Each student had the chance to join one or two company workshops in the afternoon: Simon-Kucher and Unilever participated on the Marketing side, while Inverto and Hilti offered workshops for SCM students. During the workshops, students had the chance to show and practice their skills as well as discuss current challenges of the respective companies.

Hilti:
After a short introduction into Hilti’s core business, the focal topic of the workshop was introduced: sustainability efforts at Hilti. Using breakout sessions, the students had 40 minutes to discuss ways to make packaging more sustainable and afterward present the ideas to the other students and the company representatives.

Inverto:
During the workshop the students were offered to participate in three real-life based price/contract negotiations. For each negotiation scenario two groups, each consisting of two students, had to reach a deal, while still achieving their individual goals. After the students had settled their deals, the consultants pointed out good negotiation strategies and highlighted areas for improvement.

After a short introduction round of all participants, questions about the case – which was about a treatment for myopia, a widespread eye disorder – were openly discussed. For each question block, 2 students took notes of the ongoing discussion and in the end, the notes were presented.

Unilever:
The students had the opportunity to work on a case of a very well-known brand of Unilever. After a short introduction into the task and some valuable hints how to tackle the challenge, the students elaborated in small teams, if and how the brand could be perceived as a natural brand as well. After an intense brainstorming, the teams presented their results to the Unilever team, consisting of representatives of the HR and the Marketing department.

After the second round of workshops and a short wrap-up of the event, the students had the chance to join networking sessions with the company representatives, in which they could ask questions about the working life at the company as well as possible career paths.

The WU Marketing Master Association and the SCM Network would like to thank all the participating students for making this event such a great success by engaging in an exciting dialogue with the companies. We are also very thankful to the company representatives who took their time and created interesting and meaningful workshops and provided the opportunity to get to know their operations and their way of working! 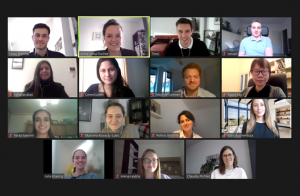 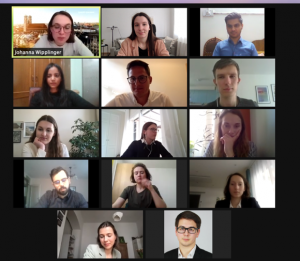